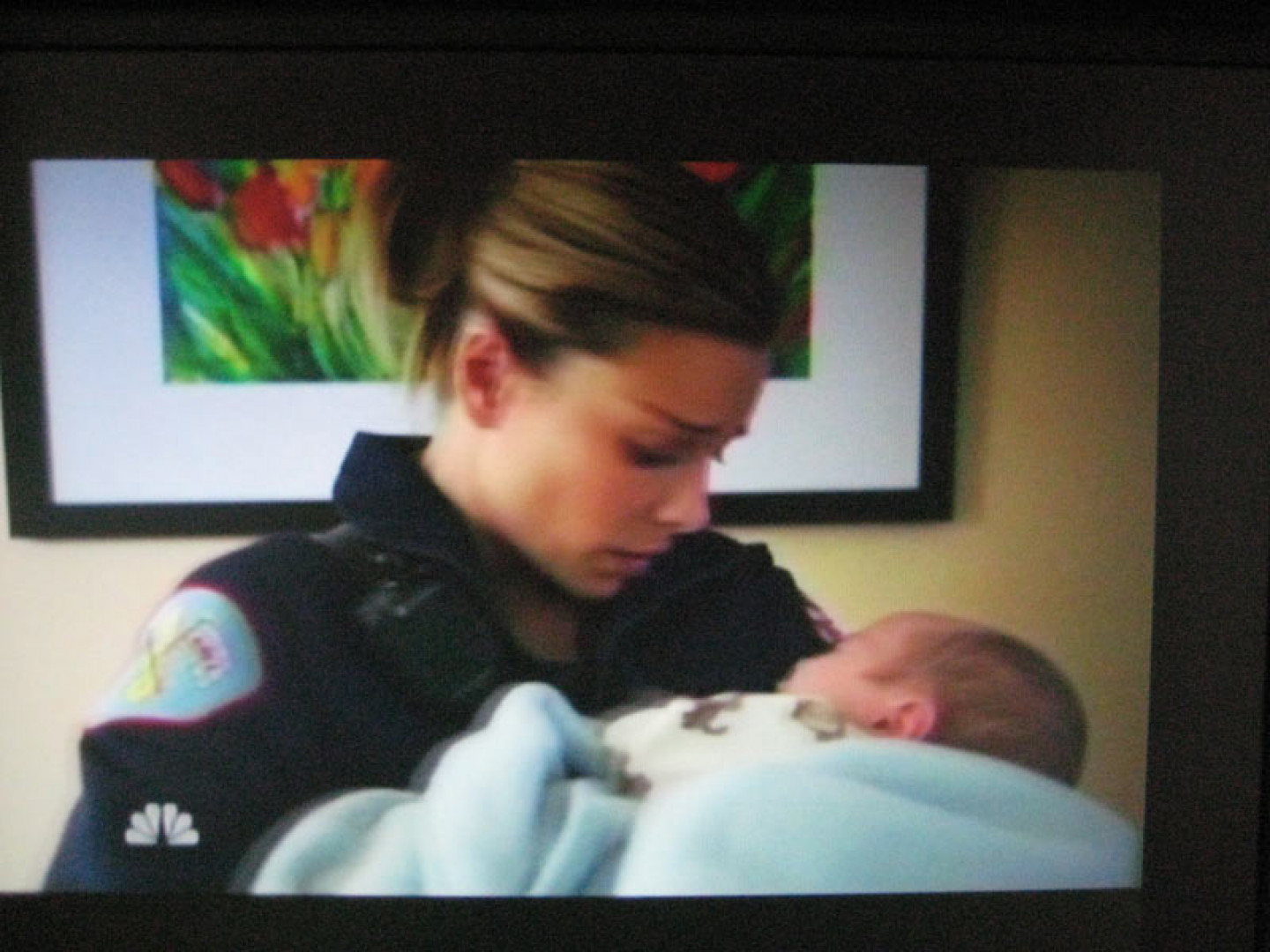 NBC’s Chicago Fire and me

Yow!! Got a screen grabs of my artwork on national TV! NBC’s Chicago Fire, filming in Chicago, has purchased 2 of my paintings for the permanent set and borrowed 4 more for use on temporary sets. Last night’s episode showed the character “Shay” rescuing an at-risk baby – a poignant scene. But all I could see was my art behind her head! “That’s Our Baby”, “Tulip Garden” and “Autumn Cliffs” all got screen time this week. 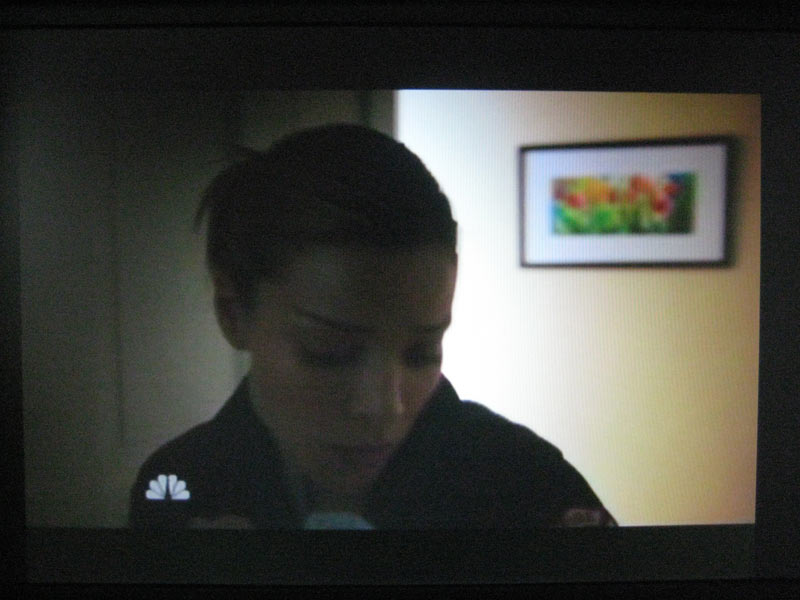 That’s “Tulip Garden” in the background! 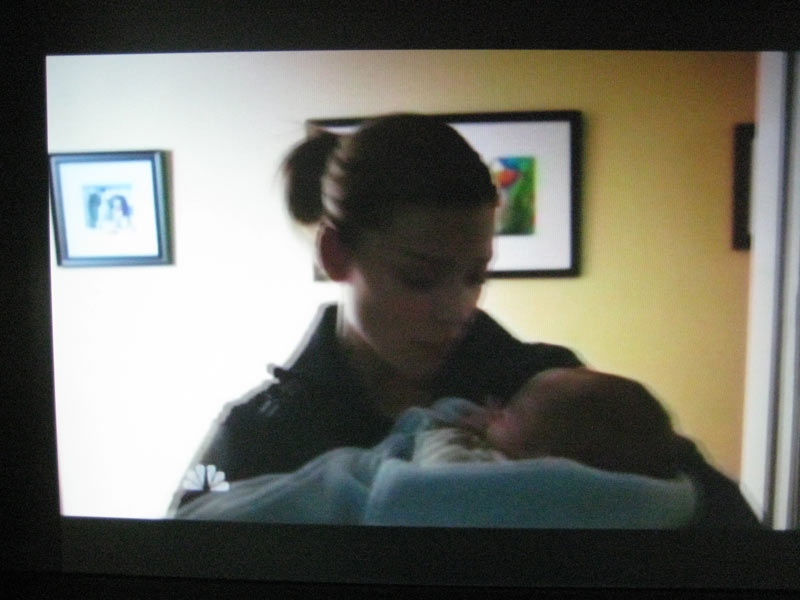 You can see “That’s Our Baby” on the left, “Tulip Garden” in the middle, and off screen to right is “Autumn Cliffs” (was only a flash on the screen but I recognized it…) 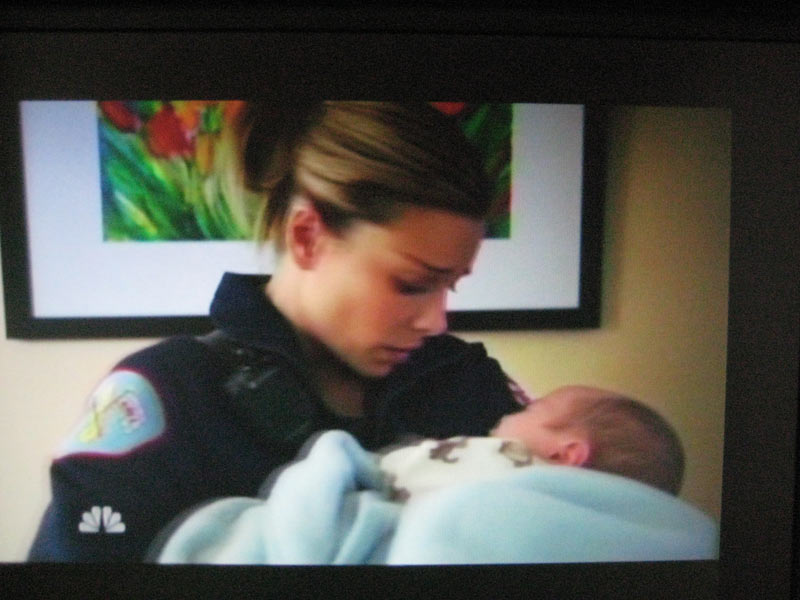 More paintings to be on NBC’s Chicago Fire!

Thrilled to find out NBC’s Chicago Fire selected 4 more of my paintings from The Leigh Gallery  – this time on loan – for use on their sets! I assume that since they’re on loan they’re not for the permanent sets but rather for single scene usage. Keep an eye out for them – I know I will be! 🙂 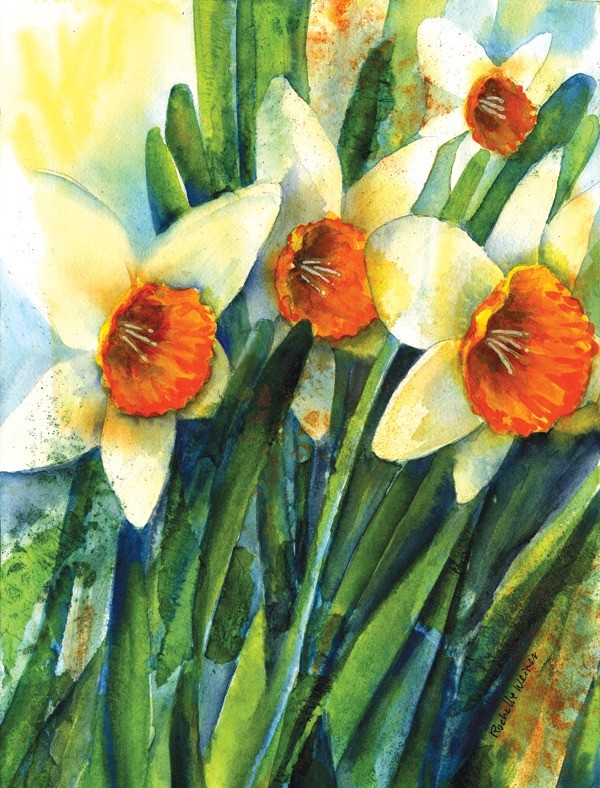 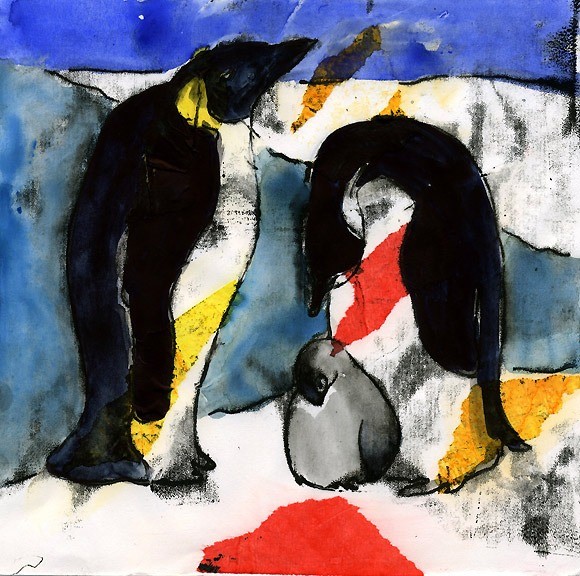 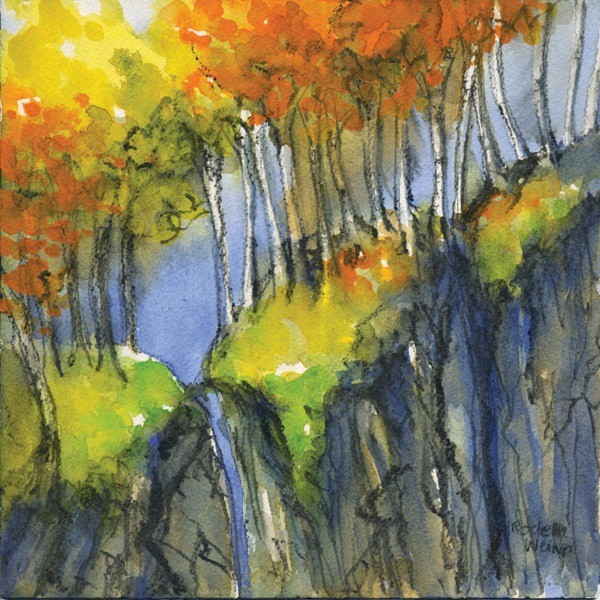 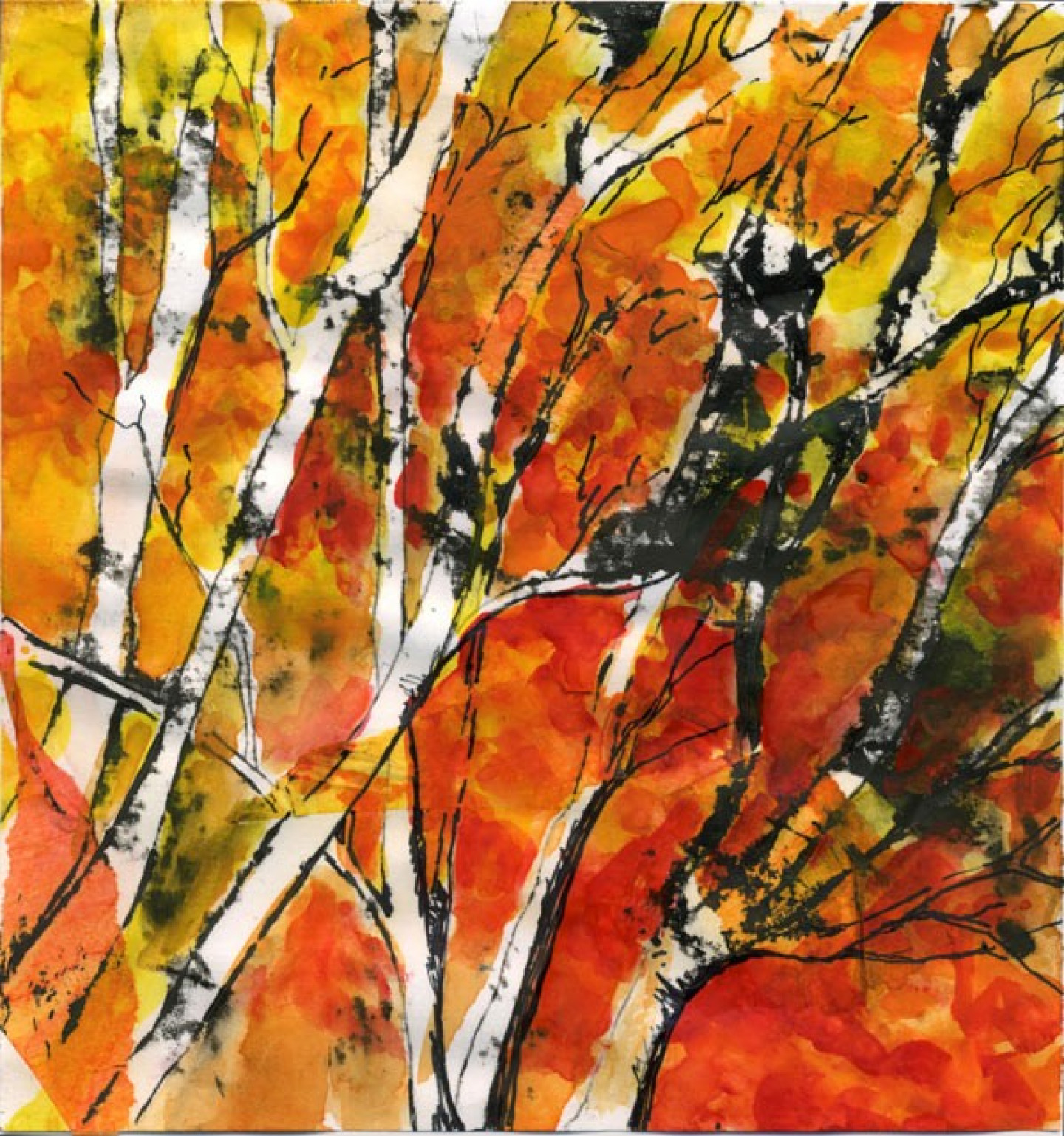 Wow – I am super thrilled. Jean Leigh of The Leigh Gallery in Chicago sold 2 of my paintings to the set of NBC’s new series, Chicago Fire. I can’t wait to see my work on TV! If you’re watching, keep an eye out for these two  fall scenes. They’re about 15″ x 15″ in size. I’m hoping to see them in some recurring set – an office space, one of the featured stars homes… something like that. But I’m only guessing here. (Really hoping they don’t burn them!)

The pilot premiers tonight on NBC – and will be showing Wednesdays at 9pm Central.

Here are the paintings: 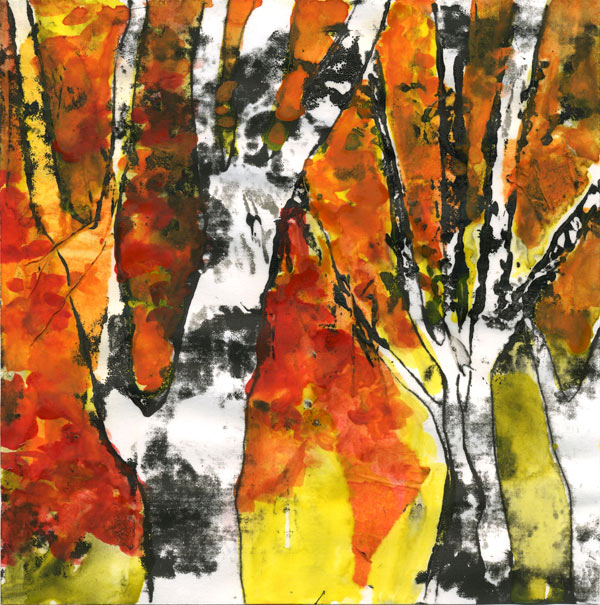 “Birches” sold to the set of NBC’s Chicago Fire 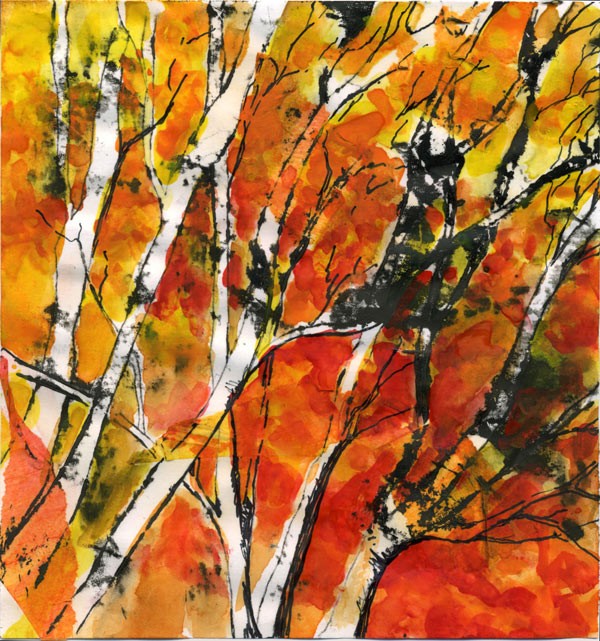 “Fall Birch” sold to the set of NBC’s Chicago Fire

Post Update: The paintings have been spotted! They are in lead role Matt Casey’s living room, hanging above his couch! As far viewed clearly on Episodes 14 and 15.

Post Update: More paintings to be on NBC’s Chicago Fire!